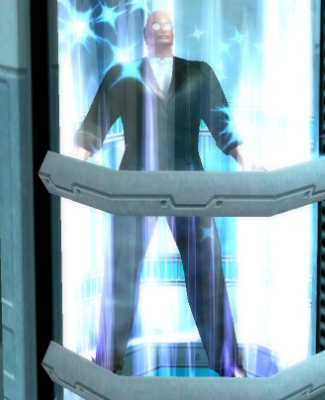 Frank Benjamin is a level 6 Science Defender on the Protector server, played by @Patteroast. His primary powerset is Storm Summoning and his secondary powerset is Electrical Blast.