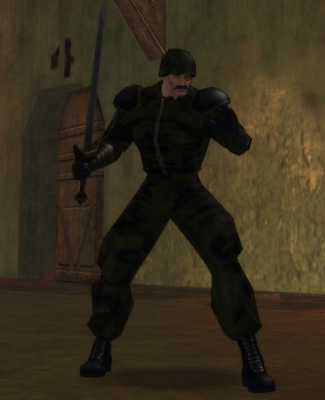 Mad General Jack is a level 13 Natural Stalker on the Infinity server, played by @Patteroast. His primary powerset is Broad Sword and his secondary powerset is Ninjitsu.