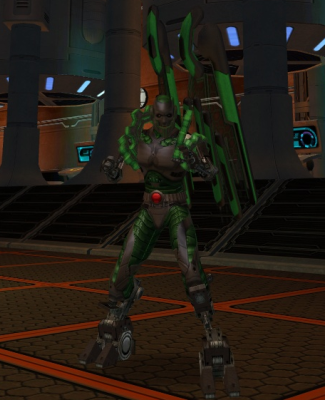 A Blown Fuse is a level 18 Technology Corruptor on the Infinity server, played by @Patteroast. His primary powerset is Electrical Blast and his secondary powerset is Dark Miasma. He has pool powers from the Flight sets.

A Blown Fuse is a member of the Dream Stalkers supergroup.

A Blown Fuse's counterpart on Praetorian Earth is A Crossed Circuit.

"Did that construction robot just say 'kill all humans'?"

"Don't worry about it. It's probably just a blown fuse."