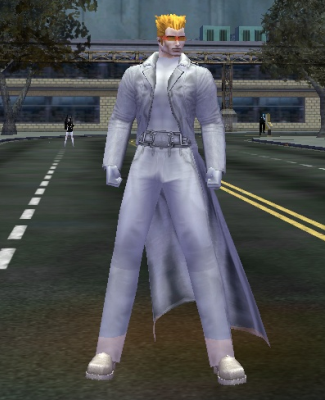 Asoposl is a member of the Everyday Heroes supergroup.

Asaph Paulo Oslo grew up in Baumton. In his teen years he became interested in Buddhism, and eventually he travelled to Nepal to study meditation. There he learned to unlock the powers of the mind.

Through intensive training, Asoposl became able to speed things up at the molecular level and control the resulting effects. Using this ability he can cause things to burst into flame, to radiate energy in harmful wavelengths, and even move very quickly. He continues to meditate daily, and currently runs a school for meditation where he helps heroes to unlock their full potential.