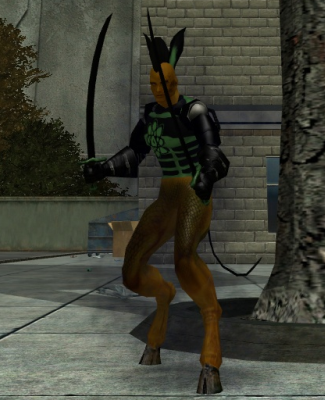 Atomic Lizard-Donkey is a level 11 Science Scrapper on the Pinnacle server, played by @Patteroast. His primary powerset is Dual Blades and his secondary powerset is Dark Armor.

He's atomic. And a lizard. AND A DONKEY!

(And a member of the Resistance.)