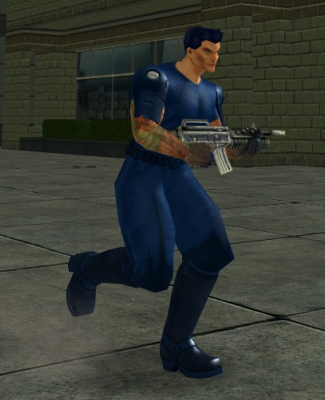 Cold Revenge is a level 15 Technology Blaster on the Freedom server, played by @Patteroast. His primary powerset is Assault Rifle and his secondary powerset is Energy Manipulation. He has pool powers from the Leaping set.