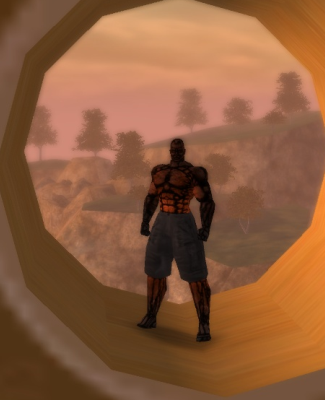 Crater Jr. is a level 50 Natural Brute on the Infinity server, played by @Patteroast. His primary powerset is Stone Melee and his secondary powerset is Willpower. His ancillary powerset is Pyre Mastery. He has pool powers from the Leaping and Speed sets.

Crater Jr. is a member of the Dream Stalkers supergroup.

One day Crater was smashing things, like he usually does. He was feeling particularly smashy that day. He was so consumed with smash, that when a small piece of rubble broke off of him during battle, it got up and continued to smash on its own. After a while, Crater named his rubble Crater Jr.