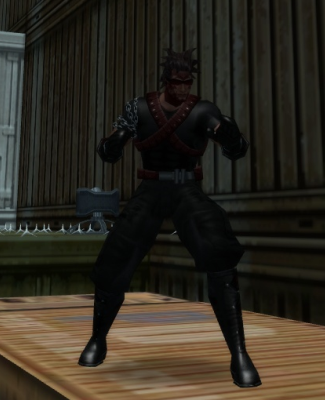 Fire Banana is a level 25 Mutation Corruptor on the Freedom server, played by @Patteroast. His primary powerset is Fire Blast and his secondary powerset is Traps. He has pool powers from the Speed set.

Fire Banana is a member of the Les Enfant Terribles supergroup.

He's a natural master of pyrotechnics, with an uncanny sense of how to use anything and everything as a weapon, or even a bomb.

His chosen name was 'Detonation,' but some friends of his got him really drunk, cut his hair, painted him yellow, and told him he was a mutant banana man when he registered with the Arbiters...