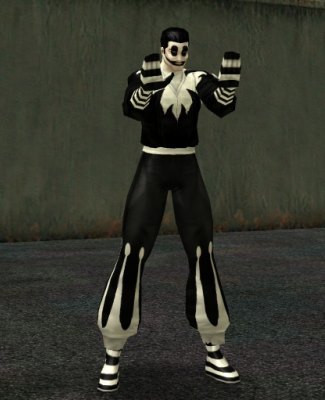 Pantomimus is a level 20 Magic Controller on the Virtue server, played by @Patteroast. His primary powerset is Mind Control and his secondary powerset is Force Field. He has pool powers from the Teleportation set.

Pantomimus is a member of the Gravy Train supergroup.

Pierre was the most amazing mime Paris had ever seen. He was so good at making people think he was interacting with invisible objects, many swore he was either actually using invisible objects or hypnotizing his audience. Pierre, however.... isn't talking.

Probably because he's a mime.