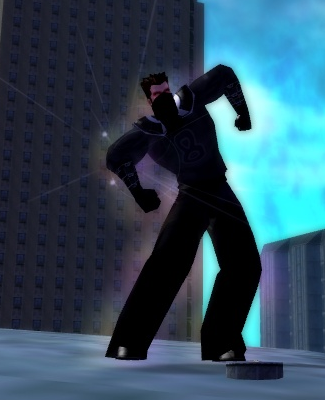 Project-83 is a level 14 Technology Tanker on the Liberty server, played by @Patteroast. His primary powerset is Invulnerability and his secondary powerset is Ice Melee. He has pool powers from the Flight set.

Project-83 is a member of the Team RAWR supergroup.

Reprogramming DNA on the molecular level using nanobots is a rather complex process. The organization that is responsible for Project 83's 'enhancements' prefers to remain hidden, but it is clear that it took them 82 failed attempts before finding a combination of abilities that didn't result in... adverse side-affects. You know, like randomly exploding. That tends to ruin your whole day, not to mention make finding new funding somewhat more difficult.