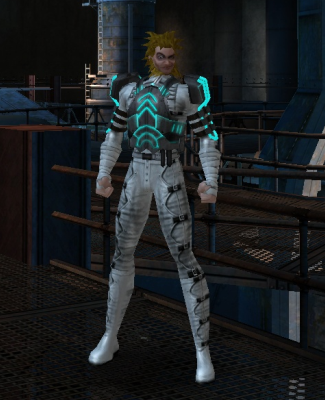 Psychotic Steve is a level 16 Mutation Blaster on the Infinity server, played by @Patteroast. His primary powerset is Psychic Blast and his secondary powerset is Mental Manipulation. He has pool powers from the Flight set.

Psychotic Steve was once a normal citizen of Praetoria, but one day he was taken away to the Mother of Mercy hospital. They said that they had detected psychic powers in him, and he must be seperated from society to keep others safe. They did many tests on him there, he was even used in a study to see if the Seers could be expanded to men, before Mother Mayhem ended it. During his time in the hospital, having his mind probed constantly, he went completely insane. When a raid on the hospital by the Resistance set him free, they invited him to join them, even though he was completely unhinged from reality. Directed properly, he could prove useful...