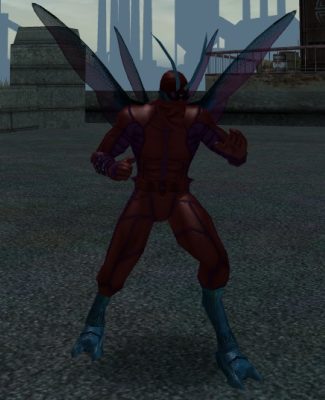 Pyrrho is a level 23 Mutation Dominator on the Virtue server, played by @Patteroast. His primary powerset is Fire Control and his secondary powerset is Psionic Assault. He has pool powers from the Flight set.

Pyrrho is a member of the League of Extraordinarily Evil Gentlemen supergroup.

Pyrrho is a bug-man. His greatest fear is that someone is going to pluck his wings off with tweezers.