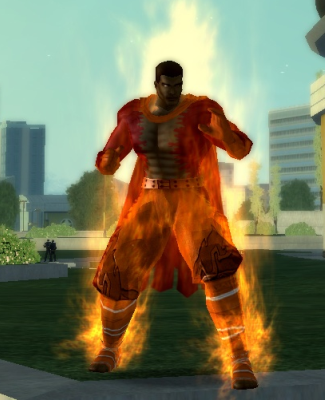 Ropeburn is a level 5 Mutation Brute on the Virtue server, played by @Patteroast. His primary powerset is Kinetic Melee and his secondary powerset is Fiery Aura.

Ropeburn was a skilled and popular boxer when his mutant powers to control friction manifested themselves. In addition to his natural strength and athleticism, these abilities allowed him to either fling enemies back with ease or raise the friction around them until they burst into flames. Although he could no longer box, he leapt at the chance to join the Powers Division and use his gifts for the betterment of his fellow citizens.