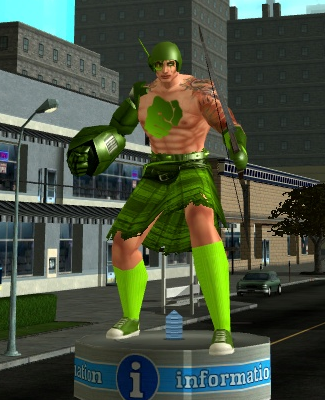 t3h Ub3rbl4st3r is a level 16 Mutation Blaster on the Victory server, played by @Patteroast. His primary powerset is Archery and his secondary powerset is Ice Manipulation. He has pool powers from the Leaping sets.

t3h Ub3rbl4st3r is a member of the Guild of the Demons supergroup.

The most amazing blaster that ever was.

During the week, he's a mild-mannered banker.

... he still has the giant robotic arm, though.