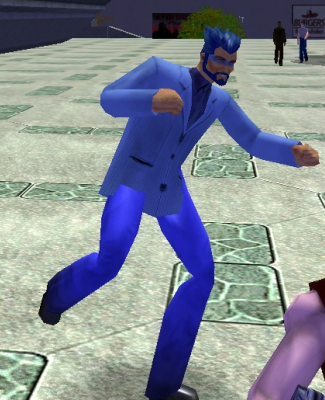 Wojapi is a level 19 Natural Scrapper on the Liberty server, played by @Patteroast. His primary powerset is Martial Arts and his secondary powerset is Invulnerability. He has pool powers from the Leaping set.

Wojapi is a member of the Team RAWR supergroup.

He's a random guy in a blue suit, who kicks people?