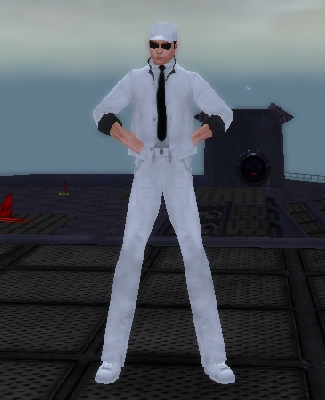 Wundermind is a level 28 Mutation Dominator on the Pinnacle server, played by @Patteroast. His primary powerset is Mind Control and his secondary powerset is Psionic Assault. He has pool powers from the Flight set.

Wundermind is a member of the Enclave of EVIL supergroup.

Timothy Jacobson was just another little boy living in one of the safer parts of the Rogue Isles, St. Martial. That is until one day when his parents noticed that he was... different. Soon after, he was enrolled in a special school for the superpowered. His teachers praised him, telling him that he had a great psychic gift, potentially among the greatest living psychics in the world. Before this, he was an average boy... doing his chores, finishing his homework, eating his broccoli. But all the praise and adolation went to his head... he started being more and more demanding upon everyone around him.

His parents disappeared some time after telling him they couldn't afford to visit Disneyland. After that he was spotted occasionally around Port Oakes, protected by gang members who strangely did anything he requested... He still hasn't fully unlocked his gifts, but he has uncovered something else: an unquenchable thirst for power. Hope you never fall under his gaze.