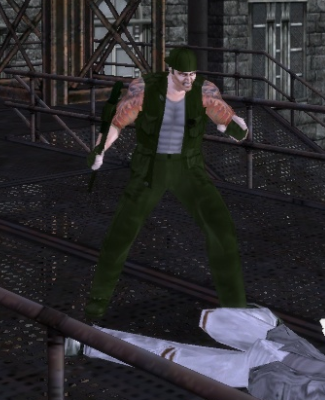 Yintey is a level 17 Mutation Brute on the Infinity server, played by @Patteroast. His primary powerset is War Mace and his secondary powerset is Super Reflexes. He has pool powers from the Leaping set.

Yintey is a member of the Phobia supergroup.

Yintey's been a member of the gang known as the Trolls for years. He's taken tons of superadine, gotten high and strong off of it, and everything. But for some reason, he seems to be immune to the side-effects of superadine: his skin has never turned green. Combined with his speech impediment (which under the influence of superadine, actually makes him speak in a clear, normal manner compared to his brethren), Yintey has a problem: he can't convince anyone that he's actually a Troll.

Not being called a Troll makes him very angry.