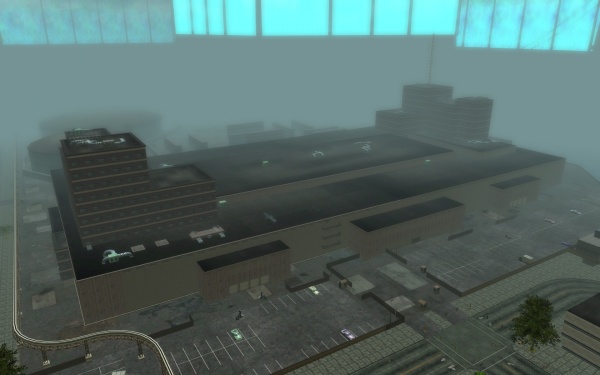 ACADI or more properly known as The Advanced Cybernetics And Dynamics Industrial Corporation. Is a United States advanced technology research and manufacturing company primarily based and headquartered in Paragon City, Rhode Island in the Independence Port area just outside the King's Row exit across the street from the Independence Port Icon building branch. ACADI also has two other branches in the Hampton Roads Metropolitan area of Southeastern Virginia and the San Francisco Bay Area of Northern California. The company employs just under 5000 people and the current Executive Chairman of the Board, Arno Stone is also the founder, the current Chief Executive Officer is Sol Cogley.


In the year 2009, ACADI was Paragon City's third largest advanced technology research entity by revenue and second largest patent producer behind Crey Industries. 70% of ACADI's revenues came from the Department of Defense and other United States government agencies. 25% of ACADI's revenues came from licensing patented industrial and manufacturing applications, and the last 5% came from agencies operating in and for Paragon City.

The ACADI corp. originally began as Stone Advanced Engineering (StAvE) in 1995 by Arno Stone. StAvE was primarily an advanced engineering subcontractor for various businesses in Paragon City with Arno and his staff providing technical solutions for related projects outside the primary contractors area of concern. Arno funneled most of the profits from StAvE's contracts into the research and development of a lightweight and extremely strong electroactive polymer fiber for medical use as well as the related mechanisms for prosthetic devices using the polymer fiber. StAvE produced the first working prototypes by 1997 and by 1999 had begun production of the actual prosthetic devices. StAvE's design proved very successful and by the year 2000, StAvE had been dissolved and the new company Advanced Cybernetics and Dynamics Industrial had been formed. ACADI not only produced the prosthetic devices, but also branched into developing the control and interface systems for its prosthetic parts. Capitalizing on its expertise in the area, ACADI won a contract from DARPA to develop a high performance exoskeleton for the United States Government. Despite several successful prototypes, the project was abandoned in the wake of the Rikti Invasion of 2002. During the Invasion, ACADI made its services available as a bleeding edge tech developer in the effort to stop the rikti, further diversifying ACADI's business. As a result, the company branched into weapons development and testing and enlarged the scope of its advanced materials development and manufacturing Both of which would introduce the company into partnership with Vanguard as a supplier and developer for various projects within that organization. After the invasion, Arno leveraged his wartime customers and contacts for access to captured rikti technology (one of the few companies allowed to do so). In the course of doing so, ACADI was forced into legal confrontation with Crey Industries who also unsuccessfully tried to add ACADI to its holdings. As a result of its confrontations with Crey, but never proven, Crey was implicated in illegal actions which resulted in the death of Arno Stone's wife. Ultimately this act caused Arno Stone to reopen its exoskeleton research projects and while very costly to ACADI, the company would eventually produce an advanced prototype under Project: WarMain. The project would spawn several new technologies and processes, all of which ultimately were of benefit to ACADI.

ACADI has been involved in several controversies from its bitter legal battles with Crey Industries, to several industrial mishaps involving some of Paragon City's hero's and even a few incidents involving the rikti. The latter case involving a break-in by the rikti and the escape of a dangerous cybernetic entity referred to as Hec'Tor, an android who has since fled to the Rogue Isles. The company has also been accused of having a private mercenary force in the form of a company funded super group as well as its direct relationship with the vigilante known as WarMain. The company has also been linked with the rumored Department 7 as a technology supplier.

ACADI has developed relationships with several super heroic entities and organizations, primarily providing technological and manufacturing assistance. One group in particular, the Justice Avengers, receives direct funding through property and financial grants and a company liaison who supervises advanced technology loans to the group for testing and feedback. One hero in particular, WarMain is a spokesperson and mascot for the company.

Setup within ACADI is ACADI-ACAR or the Advanced Concepts And Research department (colloquially known as the "Tank"), typically free from the day to day research of ACADI, ACAR is tasked with special projects that are deemed unsuitable for the main business (to controversial for public acknowledgement, to dangerous , not worth large scale investment, and so on). The Lab's location is held secret and is placed well away from the larger population districts in Paragon City. The lab is contained in a reinforced and shielded structure that is most likely underground. ACAR reports directly to Arno Stone and Sol Cogley and known members of the department include; John Brahms, Fenton Mullhall, Vickie Palmer, and Preston Potts. All of which have been involved with ACADI since the beginning and were responsible for spear-heading Project: WarMain.

While not as extensive as the Independence Port facility, the ACAR lab is self sufficient with a full complement of research labs for various and varied projects as well as diverse fabrication facilities and an automated manufacturing center. The last two primarily tasked with keeping the company's mascot in working order.

One of ACADI's more unique products is the super alloy known as ACADI-A-LLOY X, orginally developed for the exoskeleton research program, this alloy proved to costly and unfeasible from a repair and manufacturing standpoint. Ultimately ACADI has found several uses for it where an extremely stong material approaching the attributes of Impervium are called for.

Another product still in the testing phase and developed by ACADI-ACAR is the PHASSAR Device, the device is employed by WarMain and on loan to the Justice Avengers on a per unit basis.