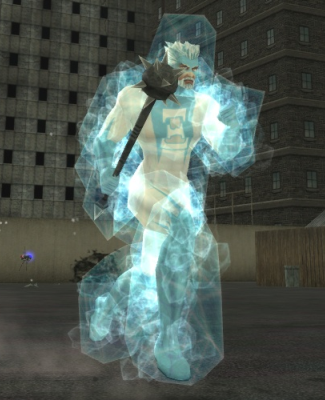 Bose Condensation is a level 22 Magic Tanker on the Pinnacle server, played by @Patteroast. His primary powerset is Ice Armor and his secondary powerset is War Mace. He has pool powers from the Flight sets.

Bose Condensation is a member of the Hammer of Not Bickering supergroup.

In a world where science and magic coexist, who's to say whether or not there may be materials that are created by science that could be used for magical purposes?