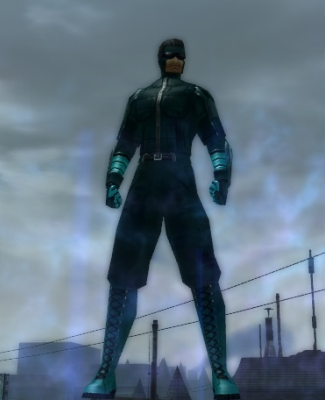 Implomadoza is a level 20 Mutation Corruptor on the Freedom server, played by @Patteroast. His primary powerset is Ice Blast and his secondary powerset is Radiation Emission. He has pool powers from the Leaping sets.

Implomadoza is a member of the Les Enfant Terribles supergroup.

Xavier Paloma spent his early days following in the footsteps of his parents, relief workers who circled the world trying to help people. However, the day he learned that his parents' work lead to their deaths, his rage manifested itself into abilities to transmit pain and destruction. Ever since, he has given himself over to his anger, and a man who once wanted to save humanity now wants only to see the world burn.