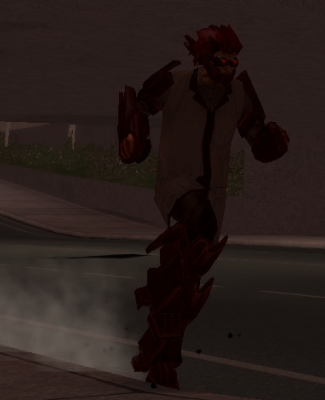 Although Professor Lowell's technological achievements aren't all that impressive compared to his colleagues, he seems to think that he's the most brilliant scientist that Praetoria's ever seen. While others in his nanotech specialty can conjure up all sorts of incredibly nuanced and otherwise impossible materials, Professor Lowell's techniques can only assemble mostly random bits of rock and dirt. Even so, he spends most of his time bragging about his genius, and schmoozing with those in power... in that pursuit, he seems to actually have some skill.