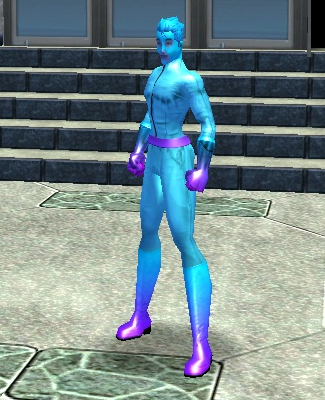 Quaoar is a level 21 Technology Blaster on the Pinnacle server, played by @Patteroast. His primary powerset is Energy Blast and his secondary powerset is Devices. He has pool powers from the Flight set.

Quaoar was created in late summer 2005.

Quaoar is a member of the Hammer of Not Bickering supergroup.

Quaoar is some sorta blasting type guy. He got hit on the head one day and woke up with super powers. But that might be because he was hit on the head by a strange glowing meteorite. The meteorite was a chunk of the asteroid Quaoar. He's pretty sure it got mad at him for stealing its name.